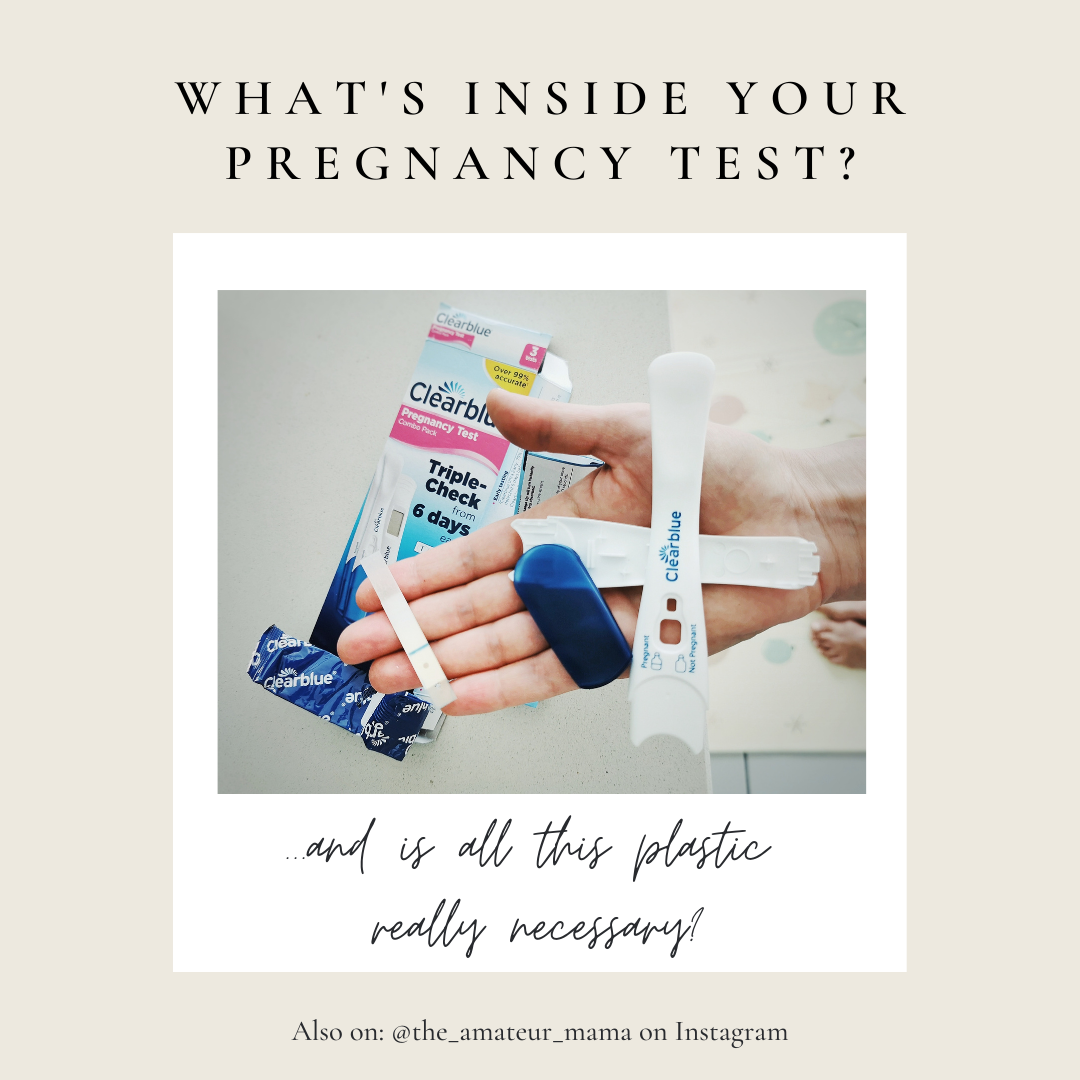 When you suspected you were pregnant, you probably ran out to the chemist like I did and bought yourself a well-known branded pregnancy test. And not just the one either; how many of us have bought two or three tests just to ‘make sure’? I’ve been pregnant three times, and have taken many tests while trying to conceive (plus a few more over the preceding years) but what I never really asked myself was just how much plastic is used to make these tests, and, crucially, whether any of this plastic was even necessary?

It was only when Rob and I were actively trying for a baby, and I was finding myself spending quite a bit of money on tests, that I looked into a cheaper alternative that I could use throughout my cycle without breaking the bank —or filling the landfill. It was then that I discovered another type of pregnancy test that I’d never seen before: a tiny cardboard strip that had no plastic casing and no bulky packaging, that I could buy as a pack of 10 or 20 on Amazon for a fraction of the price of the shop-bought version. What I hadn’t realised, was that I had seen them before; the NHS use them as standard, and indeed my own GP had used one when I went to her to confirm my pregnancy with my son Odhrán.

If you take apart a plastic pregnancy test kit and look inside, what’s even more intriguing is that there is even one of these tiny strips inside it anyway! The bulky plastic around the strip is essentially just a single-use plastic case, making it a bit easier to hold, to give it a more aesthetically pleasing look, and to make it marginally easier to read. I decided to investigate mine, opening up both my Clearblue Early Pregnancy Test and their Digital version too, to see what was inside.

Inside the Clearblue Early Pregnancy Test:

The only part you need out of all of this is the tiny little strip with the blue line on it! That strip is the bit that actually tests the hormone in your urine to tell you whether or not you’re pregnant, and it’s similar to the tiny cardboard strip that you can buy for a fraction of the price on Amazon.

Inside the Clearblue Digital Pregnancy Test:

What is important to know here, is that both these plastic kits do essentially the same job as the little cardboard strip version, but all the extra plastic is just there to give you a different reading experience. All of them have the tiny testing strip which is where the HcG pregnancy hormone will turn the ink blue (or pink, depending on your choice of test), so the question is, do we really need the bulky plastic casing as well, not to mention the digital screen? The simple cardboard strips are easy to use if you just read the instructions, and to be honest, not that different from the branded version: let’s face it, all of them require you to wee on the end of the strip, wait for a few minutes and then check to see how many lines show up!

In this photo you can see the difference in the amount of waste generated by the simple strip, compared to the branded test kits. The cardboard strips come in packs of 10, 20 or more, all in just one small plastic bag with one (unlaminated) paper instruction note. It makes you think, doesn’t it!!

Now there is even a flushable, 100% biodegradable pregnancy test coming to the market, which will hopefully make these other big brands think twice about using so much plastic in theirs. It’s called LIA and it weighs less than 4 squares of toilet paper, is easy to read and can be flushed down the toilet when you’re done. It will biodegrade in as little as 10 weeks according to their website. Now that is something! They aren’t on sale yet, but you can join their mailing list to be notified when they are.

In the meantime, if you’re keen to cut down on your single-use plastics, the simple test strips you can buy on Amazon that I’ve discussed here make a good, ecological alternative to using bulky plastic testing kits, and I can tell you that I’ve used them, and they work. You can read about my experience testing with them in my blog Am I pregnant: How early can you test?

Let me know your experience of using pregnancy tests, and whether you’d make the switch to a more ecological choice next time!

Freya is one half of The Amateur Parents; check out her Instagram page @the_amateur_mama:

The Amateur Mama and The Amateur Dad embark on their journey as first-time-parents in their 40's. Join Freya, Rob and their baby son Odhrán as they make their way through the labyrinth that is parenthood.